Imitation is the Highest Form of Flattery {pasta with asparagus, tomatoes and ricotta}

I love the internet. I am baffled sometimes at how marital spats and barroom arguments were settled in the past. What happened when you couldn’t just look up Brad Johnson on your phone to prove to the dude across from you that yes, he was indeed the quarterback that led the Bucs to their Super Bowl win in 2002? Would it have come to blows? Would we have had to survey the group or run to the library to scroll frantically through some microfiche in a montage set to Billy Ocean?

Not only do I value Al Gore’s greatest invention for its ability to settle scores, but, it also serves as an amazing source of inspiration for mankind’s oldest question, “what’s for dinner?” If you look over to the right side of your screen, you’ll see a blogroll over there of some of the places I like to go when I either need to stop thinking in general or find a new idea for dinner. I’m guessing that this blog may do something similar for you.

This particular recipe I’m sharing with you today comes from here and it is fantastic. I don’t think I even changed anything – although I didn’t really follow it either – I just knew I wanted these flavors in my mouth by 8:00 p.m. and had to do something.

Thanks for sticking around. Here’s the gist:

This easily serves six and will serve them quickly. I used really skinny asparagus which means that I didn’t have to blanch it or anything. I’m smart. Start by prepping your veggies. 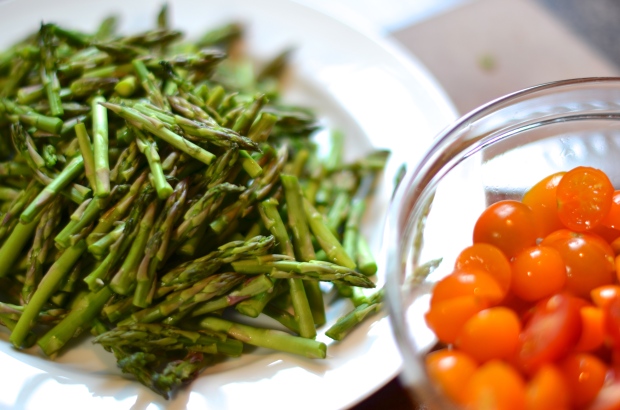 Bring a large pot of water to the boil and drop your pasta. While that’s cooking (for only about 5-6 minutes), heat a tablespoon of olive oil in a large saucepan and saute the garlic, tomatoes and asparagus until the pasta is done. 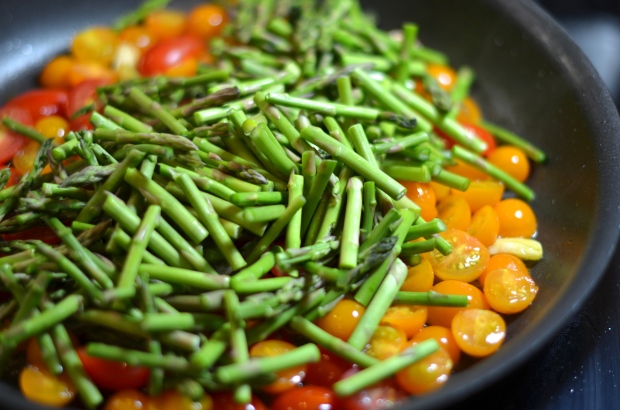 Such beautiful colors. Grab your lemon and give it a good zesting and chop your basil so it’s ready to top the pasta at the end. 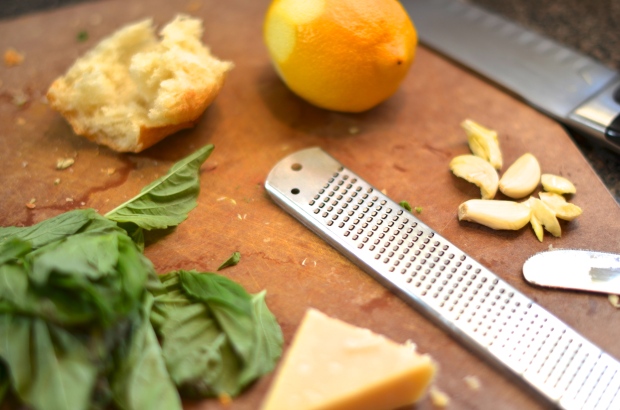 I even took the advice of the recipe at Dinner, A Love Story and made myself a snack of baguette, ricotta and tomatoes with a bit of basil. So good. From here, it’s time to drain your pasta and add it to the saucepan with the tomatoes and asparagus. Add the lemon zest and juice. Because I’ve taught you so well, I know you’ve reserved about 3/4 cup of your pasta water for later. 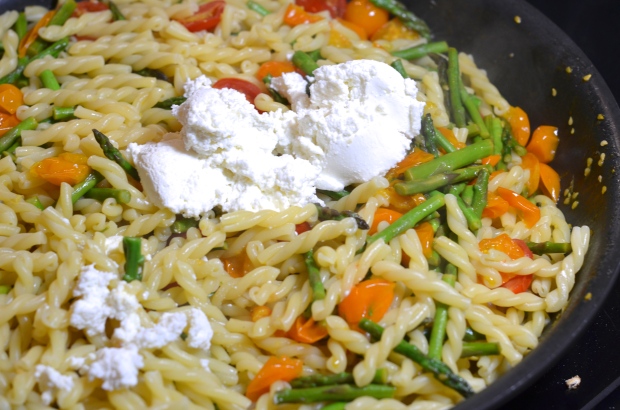 Add in the ricotta and give it a good stir, using the pasta water to loosen up the whole thing. You’re done. Serve it topped with a bit more ricotta (because it’s so good) and some parmesan. Don’t forget to top with some basil. 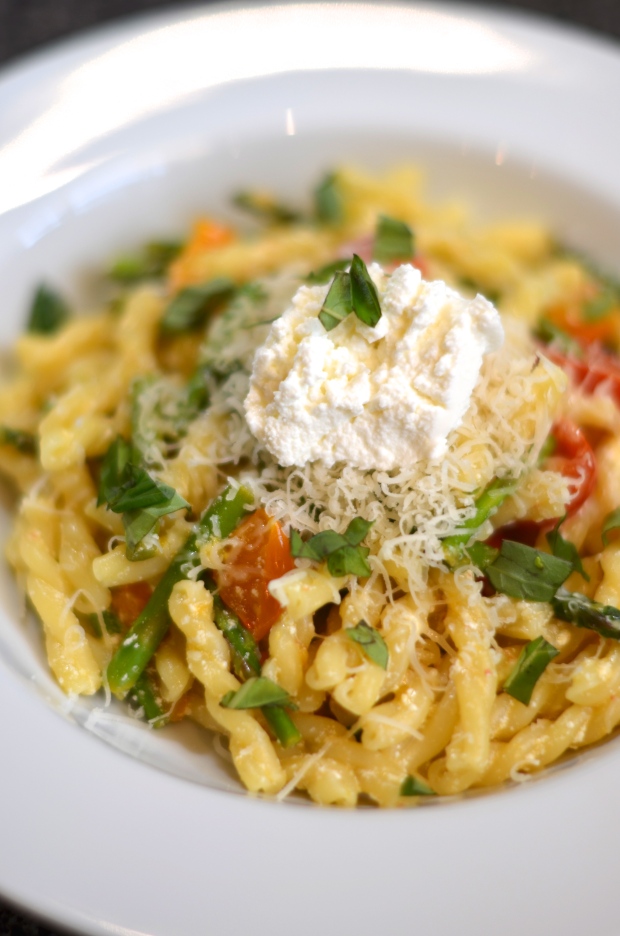 Pasta is amazing. Growing up, I figured it only meant spaghetti with meat sauce. But no! You can do anything with it! So much time and so little to do! (Strike that, reverse it).

You should cook this as soon as possible.

2 thoughts on “Imitation is the Highest Form of Flattery {pasta with asparagus, tomatoes and ricotta}”