When is a Berry not a Berry? {wheatberry salad}

When it’s a wheat berry! I’ve already written the word “berry” so many times this morning that it doesn’t look like a word anymore. But it is! It’s a real word and a real thing and I think you should start eating it. 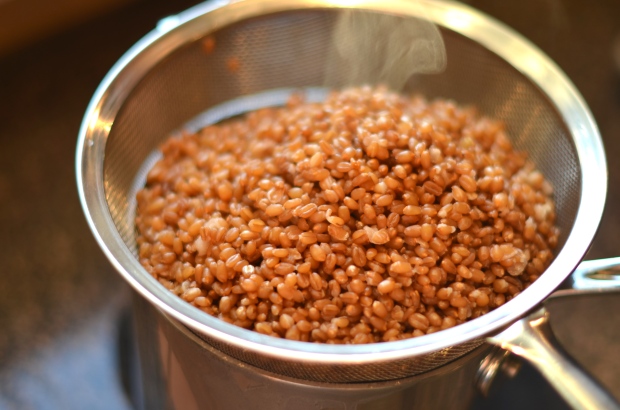 When I’m not eating large bowls of pasta or soup, I have a really hard time eating meals that aren’t comprised of the following things: protein, green vegetable, grain/starch and salad. I suppose that’s what some refer to as a square meal. It’s just sort of how things happened growing up. But I also don’t always like eating rice and potatoes, so I have to come up with new things to eat on the side of other things.

This is one of those things – and it happens to be really good for you to boot, so we all win. So really, what is it? If you didn’t already know, a wheat berry is a whole wheat kernel. Here’s a picture if you’re a visual type like me. If you’re into making flour, this is the guy you’ll need in order to mill away at home. If you’re not up for that, you can boil these suckers and dress them up and eat them as a delicious, healthy salad. That’s what I do. They are super nutritious, nutty, chewy and versatile. In this particular recipe, I treated them similarly to how I treat tabbouleh. You can also cook these up and add some grilled or roasted vegetables and some dried fruit like my couscous or even be inspired by guacamole and go the cilantro, avocado, tomato, onion, jalapeno and cotija route.

To do any of those, though, you’ll need to know how to cook them. I’ve read different things on The Net (go watch that movie now and laugh a lot) where folks say you should soak them. I don’t do that. Essentially, you’re just boiling until they begin to get tender and then you’re done.

Here are the wheat deets for making about 6 cups of salad:

At the Farmer’s Market, they sell wheat berries as “red winter wheat.” You may find it labeled as such wherever you shop – or as hard winter wheat, or even just as wheat berries. They’re pretty recognizable once you know what you’re looking for.

Let’s get to it. Chop your veg.

The rest of the recipe is pretty easy. Measure out a cup of wheat berries and bring to a boil in 3-4 cups of salted water. Simmer for 45 minutes to an hour until the wheat berries have puffed up a bit and tenderized somewhat. They’ll still be chewy – which is what makes them different – but they won’t be hard. 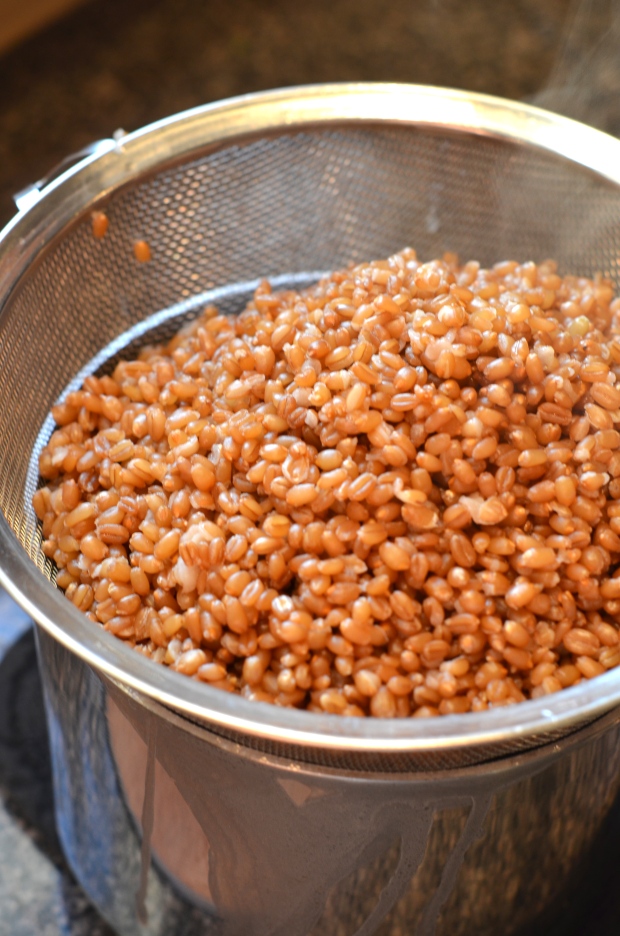 Dump the still-warm, cooked wheat berries into a large bowl. Add a tablespoon or two of olive oil and a squeeze of lemon juice to coat – use your judgment here. Season with salt and pepper. Now, just add in all your vegetables and feta cheese and toss. You can serve it still warm if you’re so inclined, or pop it in the fridge to cool down and eat later, and the next day… and the next. 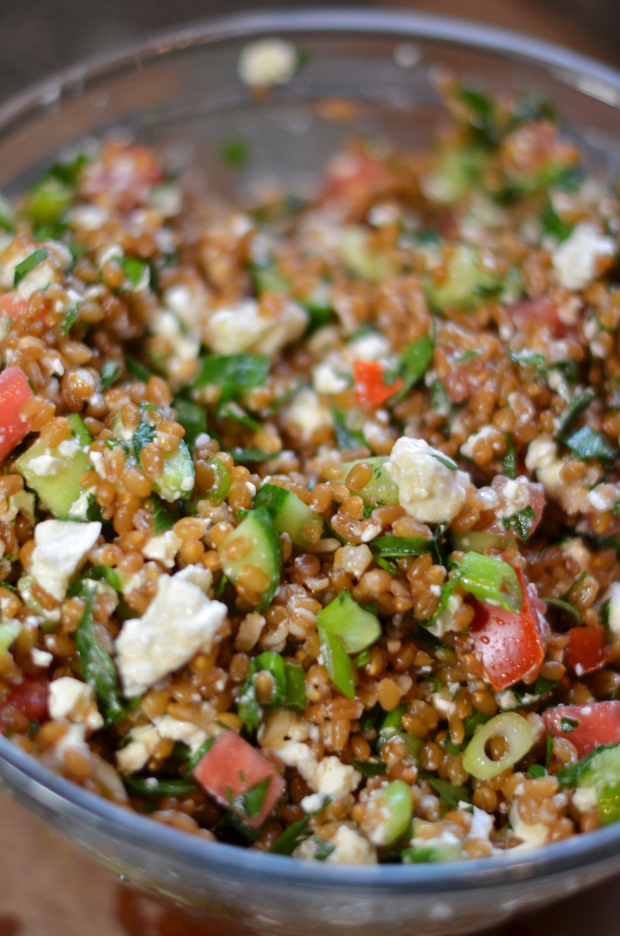 You now have a new salad in your summer repertoire and another way to get some healthy grains in your diet. You can thank me later.